Welcome to the first “Under Water Tunnel Aquarium” in South Asia. Immerse yourself in the breathtakingly beautiful under water life and witness the dramatic life styles of hundreds of sea creatures. 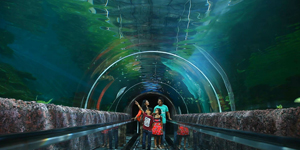 The Size of the Sri Lankan Tunnel

How was it built? 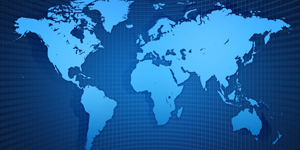 Countries involved in the construction 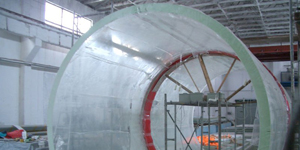 The tunnel is constructed using curved thick acrylic panels. These were manufactured and moulded in Japan. There are 3 panels which measures 10 feet each. The panels are specially designed to withstand enormous pressure and can handle 3 times the load it is having now. The clarity and the strength in “Acrylic” are very much higher than “Glass”. It is said that the Acrylic is 5 - 10 times stronger than glass of the same thickness. 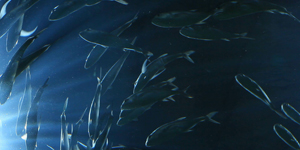 Fish for the Tunnel

The fish was brought from: Moratuwa, Dehiwala, Negombo, Galle, Matara, Trincomalee, Batticaloa
The fish was collected over a period of 15 months and was conditioned at Water World before putting for display. 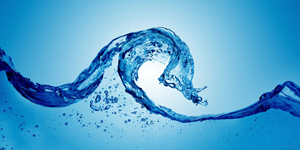 Water for the Tunnel

All 240,000 litres of sea water is pumped from the sea from an unpolluted location, 25 km away from Kelaniya. The water is then transported to Water World in trucks.

Until now Sri Lankans had to travel at least to Singapore to see an “Under Water Tunnel”. The opportunity was restricted only to a few who could afford to travel to other countries. Through this project, all Sri Lankans will now be able to experience the miracle of the underwater tunnel.